NEW YORK – May 24, 2019 - Yesterday marked the fifth annual Red Nose Day in the U.S., following activities and events across the country in recent weeks that brought together millions of Americans to have fun, make a difference, and raise money and awareness for children living in poverty. Red Nose Day has now raised more than $190 million in the campaign’s first five years in the U.S., including nearly $40 million so far in the 2019 campaign with the fundraising ongoing through June and beyond.

The day’s events wrapped with three hours of special primetime programming on NBC, including the fifth annual “The Red Nose Day Special,” which united superstars from all walks of entertainment to raise money for children in need in America across all 50 states and Puerto Rico as well as some of the most underserved communities internationally.

Over the past five weeks, people across the country have gotten their “Noses On” to help end child poverty and support Red Nose Day. In addition to buying and wearing the official Red Noses, sold exclusively at Walgreens locations nationwide, millions of Americans joined fundraisers, activated Red Nose Day in schools, businesses, sports events and local communities, and shared the message on social media.

To celebrate the fifth year of Red Nose Day in the U.S., the biggest names in music, comedy and more joined together to support the cause. “America’s Got Talent” host and “Brooklyn Nine-Nine” star Terry Crews hosted a packed two-hour special on NBC in support of Red Nose Day featuring performances by Sting (accompanied by Dave Audé & Andrew Kierszenbaum), Kelly Clarkson, Josh Groban (accompanied by the Voices of Hope Children’s Choir), John Legend, Chrissy Metz and Blake Shelton. The action-packed event also included a special edition of “Weekend Update” featuring “Saturday Night Live” stars Michael Che, Colin Jost and Kate McKinnon as well as the eponymous host of “A Little Late with Lilly Singh” as she encouraged children to find mischievous ways to donate. Kristen Bell and William Jackson Harper, stars of NBC’s “The Good Place,” showcased a hilarious blooper reel from highly acclaimed series. Connie Britton and Julia Roberts made appearances throughout the evening highlighting the difference a donation can make and encouraging viewers to support the cause.

The fifth annual “Red Nose Day Special” also presented compelling short films to show audiences how the Red Nose Day funds raised make an impact on children here at home and around the world. “This Is Us” star Milo Ventimiglia travelled to Nairobi, Kenya to visit programs supported by Red Nose Day funds. This includes one program that provides housing, education and medical care to young children living in extreme poverty, helping them avoid having to go to work at dangerous landfill sites alongside their families. With the support of Connie Britton and John Legend, viewers had the chance to learn about the impact of child poverty in America, where it affects nearly 13 million children across the country. Golden Globe Award-winning actor Oscar Isaac presented a story about children living unimaginably tough lives in Latin America.

Viewers enjoyed the much-anticipated mini-sequel of the iconic Oscar-nominated film “Four Weddings and a Funeral,” titled “One Red Nose Day and a Wedding.” The film caught up with the long-adored characters played by Hugh Grant, Andie McDowell, Kristin Scott Thomas, Rowan Atkinson and many more from the original cast, reuniting 25 years after the original release. Special guest stars Lily James (“Yesterday,” “Mamma Mia: Here We Go Again”) and Oscar winner Alicia Vikander (“The Danish Girl,” “Ex Machina”) joined the reunion sequel revealing themselves in the opening scene to be Miranda and Faith, two brides tying the knot as referenced in the title of the short film. Grammy Award winner Sam Smith made a cameo appearance as the wedding singer. The extended version of the mini sequel with additional scenes can be viewed on Red Nose Day USA's Facebook through May 30. Richard Curtis, who wrote the original film and is the co-founder of Red Nose Day, wrote the new sequel especially in support of the 2019 Red Nose Day fundraising campaign.

The special also celebrated the real Everyday Heroes that participated in this year’s Red Nose Day campaign, like the millions of Walgreens customers and team members who help to bring Red Nose Day to life at over 9,000 stores in communities across the country. The Walgreens Hero High Five challenge was a viral movement encouraging viewers to support Red Nose Day by visiting Walgreens and collecting all five Everyday Hero Red Noses, unwrapping the blind packages and showing off their Hero High Five. Many of these everyday heroes were featured alongside NBC execs and celebrities doing their #HeroHighFive to show their support for the cause. The exclusive retailer of the Red Noses since 2015, Walgreens has committed over $20 million towards this year's Red Nose Day campaign, which includes all proceeds from the sale of the Red Noses and branded merchandise, customer donations, team member fundraising, and contributions from Walgreens supplier partners. Walgreens stores everywhere will be keeping up their support in coming weeks: the five collectable 2019 Red Noses – the Everyday Heroes – are available at Walgreens stores nationally through June 30.

Following the two-hour special, “Hollywood Game Night” made its return to Red Nose Day to support children in need with Emmy Award-winning host Jane Lynch at the helm in her new beach house. Kelly Clarkson, Kenan Thompson, Kristen Bell, Jennifer Garner, Sean Hayes, Jeff Goldblum, Leslie Mann and Thandie Newton competed on teams to play classic “HGN” games with a Red Nose Day spin. Hilarity ensued as the roster of stars went head-to-head on “How Do You Doo-et?,” “Popped Quiz,” “Hold My Balls,” “Where Ya Goin’?” and a brand new game, “Jane’s Pool Jamz.” The Lynch-led groups raised more than $150,000 over the course of the hour as the stars joined the mission to end child poverty. This donation is in addition to the more than $1 million Mars Wrigley and the M&M’S® brand are donating to the campaign in their fifth year as a national partner for Red Nose Day.

In addition to money raised last night during the broadcast, the total announced today includes funds raised through community and peer-to-peer fundraisers; Red Nose Day's series of livestream fundraisers featuring top celebrities and digital influencers; contributions from new and expanded corporate partners including Xbox, TikTok, Alexa, PayPal, and Veronica Beard; sales of the limited-edition 2019 campaign tee featuring Popeye; proceeds from the auction and raffle of incredible prizes; a donation match from the Bill & Melinda Gates Foundation; and much, much more. Outstanding fundraisers ranged from BDO, whose employees in 60 offices across the country have raised over $113,000, to Tom Hall & Luke Parker Bowles, whose fourth annual 24-hour movie marathon has raised over $22,000 so far.

Across the country last night, iconic landmarks lit in red to mark the occasion, including Niagara Falls The Empire State Building in New York City, Bank of America Plaza in Dallas, One Liberty Place in Philadelphia, Miami Tower in Downtown Miami, US Bank Tower in Los Angeles, Centennial Tower in Atlanta, and Willis Tower in Chicago, alongside a number of other buildings across the city’s skyline.

While the night of much-anticipated Red Nose Day programming is now over, many Red Nose Day fundraising efforts will continue through the Memorial Day holiday and into June. In addition to the Red Noses, supporters can still also buy a limited edition campaign tee along with other branded merchandise from the Red Nose Day shop – with every purchase delivering a generous donation to the cause. Other upcoming activities include a partnership with online game store Humble Bundle in June, and more incredible Red Nose Day prizes, which supporters have the chance to win when they make a donation.

Red Nose Day is an annual event that harnesses the power of entertainment to raise money and awareness for children living in poverty in America and around the world. Money raised through Red Nose Day supports children across America in all 50 states and Puerto Rico, as well as some of the most underserved communities around the world to ensure children who are living in poverty are safe, healthy and educated.

Red Nose Day is a fundraising campaign run in the United States by Comic Relief USA, a 501(c)(3) nonprofit organization. Red Nose Day started in the U.K., built on the foundation that the power of entertainment can drive positive change, and has raised over $1 billion globally since the campaign's founding in 1988. Red Nose Day launched in the U.S. in 2015 with a mission to end child poverty, and has raised over $190 million to date. Money raised supports programs that ensure children in need are safe, healthy and educated, both in America and around the world. Since launching in the U.S., Red Nose Day has received generous support from millions of Americans, hundreds of celebrities and many outstanding partners, including Walgreens, NBC, Mars Wrigley Confectionery, and the Bill & Melinda Gates Foundation. The fifth Red Nose Day took place on Thursday, May 23, 2019. For more information about Red Nose Day USA and its impact, visit www.rednoseday.org. Follow @RedNoseDayUSA on Twitter, Instagram and Facebook. 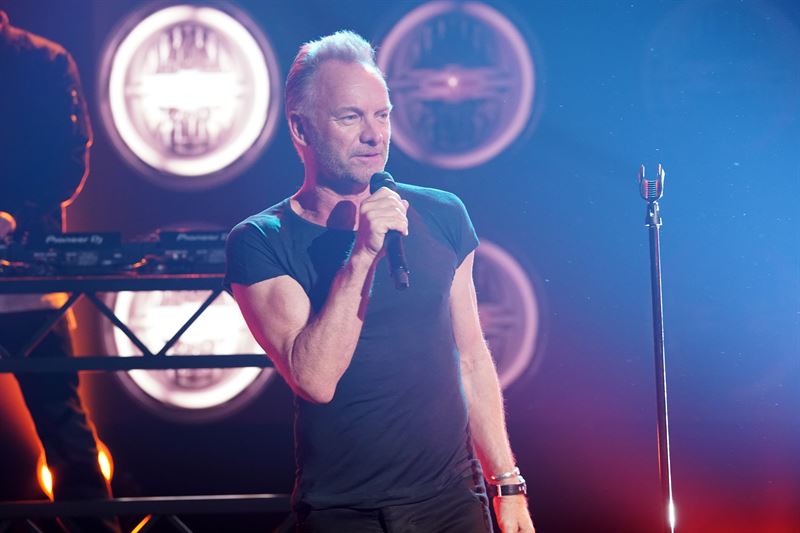