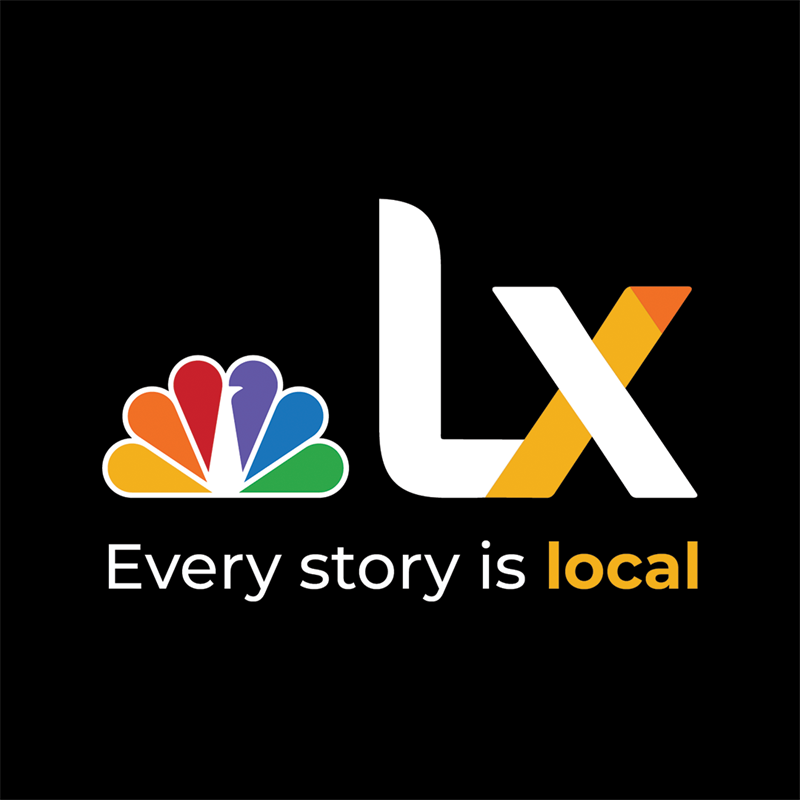 Launching first on YouTube, digital and social, and as an over-the-air and streaming network in April 2020, LX delivers visually rich and inspiring longer-form news content to tell our communities stories in an entirely different way

NEW YORK – (September 23, 2019) – NBCUniversal Owned Television Stations, a division of NBCUniversal that includes 42 local TV stations, today announced the launch of its new digital news brand and soon-to-launch over-the-air and streaming network designed to serve adults 18-45. LX stands for ‘Local X’ the ‘X’ signifying the exponential abilities that LX has in telling our communities unique stories. Deeply rooted in NBC and Telemundo owned stations’ commitment for providing live, local news to bilingual audiences, LX will deliver what Gen Z and millennial audiences are looking for: storytelling that is stirring, straightforward and helps them feel connected to our diverse society. LX’s Visual Storytellers will deliver in-depth and visually rich content that focuses on communities. Beginning today, audiences can watch LX news stories on YouTube at NBCLX, on LX.com and across social media platforms @NBCLX. In April 2020, LX will debut as an over-the-air and streaming network with live programming playing an important role. Click here to watch LX’s trailer video.

“Our younger audiences want stories that are relatable. They want to feel a connection with the people delivering the news to them. They want more context about what’s happening in their neighborhoods. LX will deliver this and more,” said Valari Staab, President, NBCUniversal Owned Television Stations. “Our team has been working hard to create a place that younger audiences can go to watch stories that are about them, and get the background about complex issues happening in their own backyard but still walk away feeling inspired about the power we all have to affect positive changes for our communities. We look forward to staying hyper-connected and engaged with our LX audiences to continue telling stories that enhance their news experience.”

Embedded in their local communities and charged with creating and delivering compelling visual news stories about the places they live in and work, LX’s Visual Storytellers are:

LX launches today with stories that focus on climate change and solutions with urban farming, a surfing program for black women, and a young female Asian chef and James Beard nominee who launched a successful restaurant in Boston without experience or training, with more stories set to publish on LX’s digital and social platforms. Among LX’s launch stories:

The launch of LX extends the NBCUniversal Owned TV Stations’ commitment to local news by innovating within the local broadcast sphere by creating a news brand that is solely dedicated to serving younger audiences and reinventing their news experience. LX offers opportunities for local and national advertising through its dedicated digital site and social channels, and through its over-the-air linear TV and streaming network, once it launches next year. The LX ad model will respond to audience’s changing expectations, with fewer and shorter commercial breaks.

For more information about LX, visit on YouTube at NBCLX, online at LX.com, and follow on social @NBCLX and #NBCLX.

About NBCUniversal Owned Television Stations
NBCUniversal Owned Television Stations is the division of NBCUniversal that includes 42 NBC and Telemundo local television stations and subsidiary digital businesses serving 30 markets, a regional news network, two national multicast networks COZI TV and TeleXitos, LX, a new digital news brand and soon-to-launch over-the-air and streaming network designed for Gen Z and millennial audiences, a group of out-of-home properties, a production company, an in-house marketing and promotions company. The local TV stations can be viewed in 38 percent of U.S. homes and in Puerto Rico, and produce and deliver their local communities compelling and unique local news, real-time weather forecasts, consumer and investigative reports and entertainment programming across all platforms to help keep their English and Spanish-speaking audiences informed anytime and anywhere.