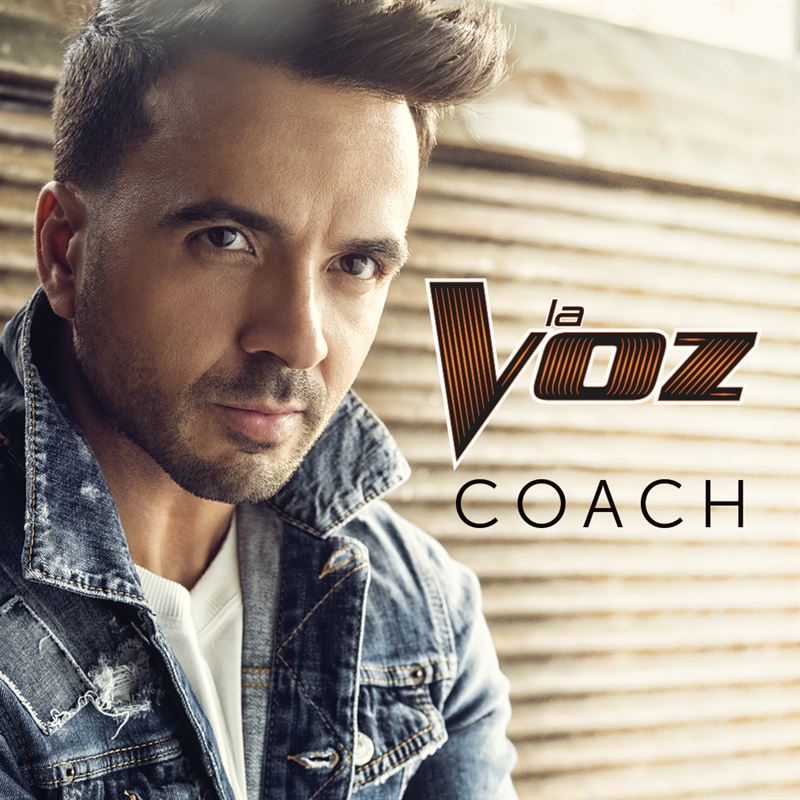 MIAMI – May 10, 2018 – Telemundo announced that Global Latin pop singer Luis Fonsi, is the first Coach to join the newly announced La Voz, the Spanish-language version of NBC’S hit singing competition The Voice, coming for the first time to U.S. Hispanic television in 2019. Three other Coaches will join the multi award-winning artist in the first non-scripted program to be produced at Telemundo Center in Miami, where Coaches will be in search for the nation’s most promising unknown Hispanic vocalists and make their decisions based solely on one factor, La Voz (The Voice).

“I feel honored to join Telemundo’s La Voz as a Coach for the U.S. Hispanic audience.” said Fonsi. “I have been fortunate to be a Coach on the show in other countries, and I am extremely happy to finally be able to do it at home in the U.S., because it’s always been a wonderful experience. There is so much talent in our community and nothing makes me happier than being part of a platform that promotes Latin music’s new artists,” he concluded.

With numerous awards and unprecedented achievements, Luis Fonsi continues to break world records, cross borders and make history with his music. Recently, “Despacito” completed 52 weeks at #1 on Billboard's Hot Latin Song list, one year being the most listened-to single of Latin music, another historic milestone worthy of celebration. His latest global hit “Échame La Culpa” featuring Demi Lovato, continues to dominate Top 10 charts, has certified Gold and Platinum in multiple countries and the video has accumulated more than 1.2 billion views to date. The Puerto Rican singer and songwriter, has won a total of five Latin Grammy Awards, and most recently seven 2018 Billboard Latin Music Awards and is a finalist in seven categories at the 2018 Billboard Music Awards. Fonsi recently completed his first tour in Brazil, and will continue the successful “Love & Dance World Tour” in several countries including Panama, Puerto Rico, Dominican Republic and Ecuador.

Castings for the first season of La Voz will begin in Miami on Saturday, June 23, followed by Puerto Rico (June 30), New York (July 7), Chicago (July 14), San Antonio (July 21) and Los Angeles (July 21 & 28), for vocalists 18 years of age an over. For further details on locations and rules, please visit www.lavozcasting.com.

“La Voz” is a presentation of Telemundo, Talpa Media USA, Inc. and Warner Horizon Unscripted & Alternative Television. The series is created by John de Mol, who serves as an executive producer along with Cisco Suarez (for Telemundo), Stijn Bakkers and Tim van Rongen.