DAYTONA BEACH, Fla. (April 30, 2018) – The International Motor Sports Association (IMSA) will have a new U.S. broadcast home for its flagship IMSA WeatherTech SportsCar Championship, what is currently known as the Continental Tire SportsCar Challenge and the IMSA Prototype Challenge presented by Mazda, as NBC Sports Group and IMSA today announced a six-year partnership starting with the 2019 season.

“The resonance and gravity of this new partnership with NBC Sports Group for IMSA fans and our stakeholders cannot be overstated,” said IMSA CEO Ed Bennett. “This agreement is the culmination of a comprehensive process to align ourselves with a media rights partner that will capitalize on the tremendous momentum the WeatherTech Championship and IMSA is currently enjoying, and will help our sport reach new heights. Without question, NBC Sports Group ‘gets’ motorsports and our unique premium product. We could not be prouder to call NBC Sports our future partner.”

“As the U.S. home of motorsports, we are excited to present IMSA’s high-quality and diverse racing circuit to our abundance of racing fans,” said Jon Miller, President, Programming, NBC Sports and NBCSN. “By utilizing our wide-array of broadcast, cable, and digital platforms, we can service IMSA and motorsports fans with more coverage and in more ways than ever before.”

This media rights agreement with NBC Sports Group capitalizes on IMSA’s unprecedented growth and its bright future including the sanctioning body celebrating its 50th Anniversary in 2019. Among the highlights of this growth include record attendance at each race this year, unique television viewership for the year is on track to surpass last year’s record of 6.5 million viewers, and significant digital and social media growth.

NBC Sports Group is the home of motorsports in the U.S., with this agreement adding to its extensive portfolio of auto racing that includes NASCAR and INDYCAR.

The 2019 season starts with the 57th Rolex 24 At Daytona on Jan. 26-27, 2019 and the entire season broadcast schedule will be announced in the coming months. 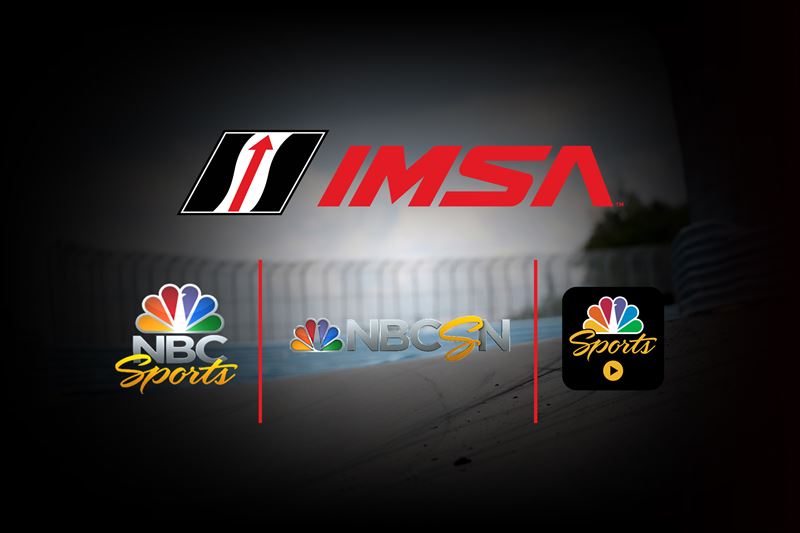